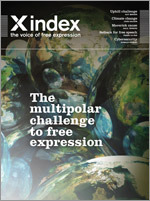 Share
Series:
Index on Censorship
Other Titles in:
Communication and Media Studies (General) | International Political Economy | Politics & International Relations
July 2013 | 100 pages | SAGE Publications Ltd
Download flyer
The rapid emergence of a multipolar world and the growing political and economic importance of a range of powers including China, India, Brazil and South Africa is increasingly having a significant impact on support for, and repression of, free expression. Many key international issues, from human rights to climate change and free trade, are no longer dominated either by one particular world view or split simply between two rival powers. While China and Russia remain at the repressive end of the spectrum, how widely free speech is defended internationally depends increasingly on the positions of countries like India and Brazil as much as on the values and practices of the US and Europe. In all these democracies, free speech is still in the ascendant but with too many examples of excessive constraints from internet surveillance and takedown requests to criminalisation of offensive speech.

The Age of Unreason