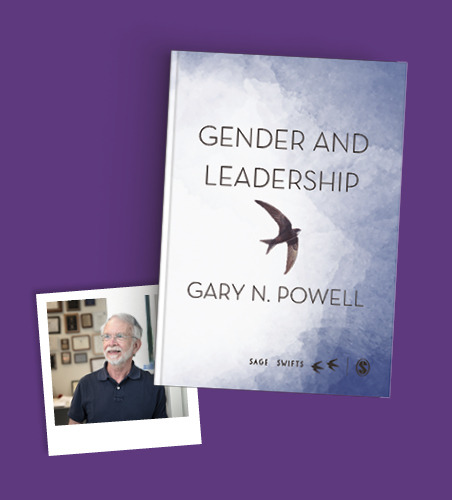 Why is International Women’s Day so important and what small changes can a company make to promote equality? Winner of Sage Scholarship Award for contributions to research on gender in organizations and author of forthcoming SAGE title Gender and Leadership, Gary Powell, PhD discusses his thoughts…

How important is International Women's Day and what do you think it achieves?

International Women’s Day (IWD) sends a message by its very presence; there is no need for an “International Men’s Day” as most days could be construed as serving that purpose. Its vision and goals as stated on its web page are appropriate and needed in today’s world:

An equal world is an enabled world. How will you help forge a gender equal world? Celebrate women's achievement. Raise awareness against bias. Take action for equality.

In stating these goals, IWD sets an ambitious agenda for positive changes that would work towards establishing gender equity for all.

Do you think there has been a backlash against the #MeToo movement?

Yes, from men who feel privileged and believe that they should be able to do and say anything they want to women, and from women who support these men in their beliefs. Hopefully, such men and women are in the minority, but we need to stand guard against their disgusting, appalling, and twisted beliefs and actions.

Do you think the movement has been detrimental to women and leadership?

No, enough is enough. It is important for people of good will to stand up to toxic behaviour in their midst, whether it is exhibited by corporate leaders, political leaders, media celebrities, or anyone else.

Do you think toxic masculinity is evident in the stereotypes of male leaders?

To what extent do you think maternity leave and child rearing affects women's potential for leadership?

They benefit from it, as fathers benefit from paternity leave and child rearing, and so do their employers. However, some (misguided) employers do not recognize the benefits that might come their way if they were more family-supportive.

Do you think that women in leadership roles tend to assume male characteristics in order to get ahead?

Women who aspire to leader roles face a bind. Leader prototypes suggest that women as well as men need to emphasize masculine traits and behaviours (i.e., those associated with males) to enter and advance within the managerial ranks. However, research on what works in leader roles suggests that female leaders tend to exhibit a transformational leadership style, which is more associated with the feminine gender stereotype than the masculine gender stereotype and is also associated with leader effectiveness, more than male leaders. In other words, women have an advantage in the leadership styles they tend to adopt when given the chance, but they are also disadvantaged in gaining access to the managerial ranks of organizations to get this chance and advancing within these ranks when they do so.

How effective do you think flexible working policies are in promoting female leadership?

They help almost everyone, women and men, managers and non-managers.

What small changes can a company make to make steps towards more equality in management positions?

Put managers through debiasing training. Establish open and structured procedures for deciding who gets access to and advances within the managerial ranks, with record keeping to hold decision makers accountable.

What are the key takeaways from your forthcoming title Gender and Leadership?

The book represents an extended essay on the state of knowledge regarding the linkage between gender and leadership that has accumulated (and been debated) since the 1970s. Some observers suggest that gender inequalities in the workplace, including in leader roles, existed in the past (not in the present); gender inequalities occur elsewhere (not in my place of work); being a woman is an advantage (not a disadvantage); and, if any gender inequalities exist, that’s just the way the workplace is and it needs to be accepted; in other words, “the problem of gender has been solved” as much as it ever needed to be solved. The book emphatically refutes these notions.

In doing so, the book addresses basic and important questions about the current nature of linkages between gender and leadership: (1) Why do leader stereotypes emphasize masculinity? (2) Why are there so few women in top management positions? (3) Is there a female advantage or disadvantage in the managerial ranks? (4) Why do some men in the top management feel free to sexually harass lower-level women?

The book concludes that, although some progress has been made, there is still a long way to go in establishing a workplace of the future in which (1) equal employment opportunity (EEO) is regarded as the accepted norm rather than a legally-mandated nuisance; and (2) women and men who are candidates for leader roles are treated and evaluated according to their knowledge, skills, and abilities (i.e., what they have to offer) rather than their gender. Further, it recommends practical actions that all organizations may take to promote EEO for all employees regardless of their gender.