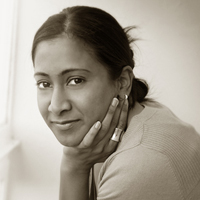 Dr Tina G. Patel completed her first degree in Criminal Justice at Liverpool John Moores University. Having been awarded funding from a fully competitive scheme, she then spent 3½ years at the University of Sheffield studying for the qualification of PhD, in a study looking at race, identity and child adoption policy. She was then appointed as a research fellow for a project funded by the Joseph Rowntree Foundation, at Nottingham Trent University, looking at school exclusion and successful youth transitions within African-Caribbean communities. In September 2004, Tina returned to Liverpool John Moores University to take up a post as a lecturer in Criminology and Sociology.

Tina joined the University of Salford in September 2008, as a lecturer in Criminology (with a specialism in violence). Her research and teaching interests relate to ‘race’, exclusion, police and violent behaviour. Here she carried out research into the policing of racist violence in Northern Ireland; vehicle crime in deprived neighbourhoods; the foster care and identity development of refugee status children; and, ethnic profiling in the North-west of England within the 'war on terror' context. Tina is currently undertaking research into victims' perceptions of racially motivated hate crimes.