Author
SAGE Distribution including Books Customer Services will be closed for Stocktake 23rd-27th November. Service will resume on 28th November.

Sharlene Nagy Hesse-Biber (PhD, University of Michigan) is Professor of Sociology and Director of the Women’s Studies & Gender Studies Program at Boston College in Massachusetts. She has published widely on the impact of sociocultural factors on women’s body image, including her book Am I Thin Enough Yet? The Cult of Thinness and the Commercialization of Identity, which was selected as one of Choice Magazine’s best academic books for 1996. She has also written widely on methodological and methods issues, including the role of technology and emergent methods in social research. Dr. Hesse-Biber is co-editor of Emergent Methods in Social Research and the Handbook of Emergent Methods, as well as co-author of The Practice of Qualitative Research. She is also editor of the Handbook of Feminist Research: Theory and Praxis, which was selected as one of the Critics’ Choice Award winners by the American Education Studies Association and was also chosen as one of Choice Magazine’s Outstanding Academic titles for 2007. Dr. Hesse-Biber is co-developer of the software program HyperRESEARCH, a computer-assisted program for analyzing qualitative data, and the new transcription tool HyperTRANSCRIBE. For more information, see www.researchware.com.
The Practice of Qualitative Research
Feminist Research Practice
Handbook of Feminist Research
Emergent Methods in Social Research 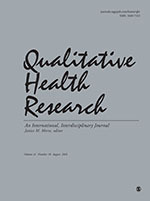