Shane O'Mara is Professor of Experimental Brain Research (Personal Chair) at Trinity College Dublin - the University of Dublin. He is a Principal Investigator in, and was formerly Director of (2009-2016) of, the Trinity College Institute of Neuroscience, one of Europe’s leading research centres for neuroscience. He is also a Wellcome Trust Senior Investigator and a Science Foundation Ireland Principal Investigator. A graduate of the National University of Ireland - Galway and of the University of Oxford, a Fellow of Trinity College, Dublin (FTCD), the first Ireland-based elected Fellow of the Association for Psychological Science (FAPS), and an elected Member of the Royal Irish Academy (MRIA).

His research interests include; the brain systems supporting learning, memory, and cognition, and also the brain systems affected by stress and depression, and public policy implications brain science. He has published approximately 120 papers and edited three academic books. He has published two single-authored books: ‘Why Torture Doesn’t Work: The Neuroscience of Interrogation’ (Harvard University Press; 2015) and ‘A Brain for Business – A Brain for Life’ (Palgrave Macmillan, 2017). 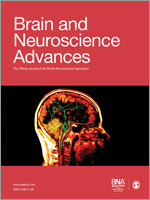