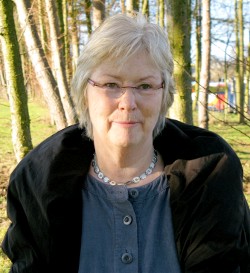 Rosemary Roberts is a freelance early years consultant and trainer. She has worked in nursery, primary and higher education and the voluntary sector, and trains early years professionals. She began her working life as an Inner London Education Authority primary teacher in the 1960s, subsequently working for ten years as an LEA Nursery School headteacher in Oxfordshire. Rosemary was a founding director of Peers Early Education Partnership (PEEP) - based in a disadvantaged area to the south-west of Oxford - from its inception in 1995 until July 2002. The project, which worked closely with Sure Start programmes and now Children’s Centres, aims to contribute towards improving the life chances of children, particularly in disadvantaged areas. In 1999 she was awarded the OBE for services to early childhood. Rosemary holds a post-graduate Diploma in Psycho-analytic Observational Studies from the Tavistock Clinic, which was one component of her M.A. in Education. In 2007 she completed her PhD on ‘Companionable learning: the development of resilient wellbeing from birth to three years’; followed by post-doctoral action research projects with childminders and multi-agency children’s centre staff in Oxfordshire. Her particular interests include babies and young children’s learning and developing well-being from birth to school, the impact of self-esteem on early learning, and ways to support families with the youngest children. Her recent work has centred on questions of resilience and the impact of early situations and experiences on later outcomes; and consequently on the mismatch between what we know of the wellbeing needs of people and the often extraordinarily inappropriate ways in which our society responds to those with precarious wellbeing. Recently Rosemary has been engaged in writing for early years professionals about wellbeing and its development from birth, elaborating on a new model of child development and wellbeing based on her research. She has wide experience of delivering key note presentations, and training for early years practitioners and their advisors and managers (see ‘services’ for current courses and keynote possibilities). Currently she lives in Scotland.
Wellbeing from Birth
Self-Esteem and Early Learning