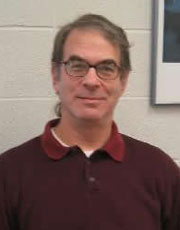 Ronald C. Serlin is an Emeritus Professor in the Department of Educational Psychology at the University of Wisconsin-Madison. He teaches courses in nonparametric statistics and the philosophy of science and statistics. His mastery in teaching earned him a Chancellor's Distinguished Teaching Award early in his career. His expertise as a statistical consultant has led to long and fruitful collaborative efforts with colleagues in the School of Nursing and the Departments of Neurology, Art Education, and Journalism & Mass Communication, among others. Currently, he is engaged in two major lines of research. One examines the effects of violations of assumptions on known and proposed parametric and nonparametric tests, a knowledge of which helps to increase the validity of statistical conclusions. The other investigates the philosophical underpinnings of statistical hypothesis testing, an effort linking modern philosophy of science and statistical practice to delineate the role of statistics in the scientific endeavor. He has published regularly in Psychological Bulletin and Psychological Methods and in such wide-ranging journals as the Journal of the American Medical Association, the Journal of Research in Music Education, and Pain. An article he co-authored won the Annual Research Report award competition for Division D of the American Educational Research Association. He won an award for Outstanding Contributions to Nursing Education, and recently he won a School of Education Distinguished Achievement Award. He served three nonconcurrent terms as Department Chair.
The SAGE Handbook for Research in Education