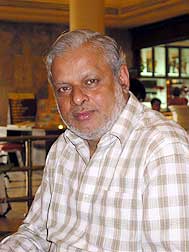 Ranabir Samaddar is the Director of the Calcutta Research Group, Kolkata, and belongs to the school of critical thinking. He has worked extensively on issues of justice and rights in the context of conflicts in South Asia.

Samaddar’s particular researches have spread over a wide area comprising migration and refugee studies, the theory and practices of dialogue, nationalism and postcolonial statehood in South Asia, and new regimes of technological restructuring and labour control.

His recent political writings The Emergence of the Political Subject (2009) and The Nation Form (2012) have signalled a new turn in critical postcolonial thinking and have challenged some of the prevailing accounts of the birth of nationalism and the nation state.