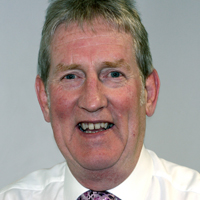 Paul Williams   was born in Newcastle upon Tyne, but has been a resident of London since becoming a teacher in 1973 and working in Inner London comprehensive schools until 1987. He was an advisory teacher with ILEA until 1989, after which he was a deputy head until 1992. He has been a head teacher since 1992 of two London special schools – most recently in Harrow. Paul is a national leader of education (NLE) and his school is a national support school (NSS). He is chair of the Harrow’s Alternative Provision Governing Body and vice-chair of Harrow Mencap.

Paul has been a member of NAHT’s National Executive since 2006 and has chaired the Association’s SEND Committee since 2008. He has been involved with a wide range of national reviews, consultations and developments.  He gave evidence to Lord Bew’s Independent review of Key Stage 2 testing, assessment and accountability, was involved in the review of the national curriculum, and has contributed to the All Party Parliamentary Group on Autism (APPGA).

Paul attends regular meetings with Ofsted and the DfE, most recently in connection with  how pupils with SEND are to be assessed under the new national curriculum, and the Independent review of standards for teaching assistants.

This is the second book that Paul and Rona have co-authored, the first being How Successful Schools Work: The Impact of Innovative School Leadership, which was published in 2012.