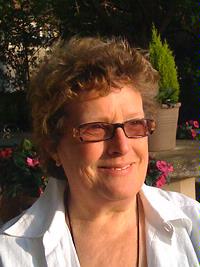 My recent research has traced what happens at the interface between activist movements and changing governance regimes. Working the spaces of power: activism, neoliberalism and gendered labour (Bloomsbury, 2012) was based on a four-generation study which also formed the basis of journal outputs in Social Politics, Critical Policy Studies and Local Economy. The research continues, and has led to the creation of a Feminist Policy, Practice and Research Forum, convened jointly with Birkbeck Institute for Social Research. A related research focus is on the remaking of politics and culture following the banking crisis of 2008 and election of the UK Coalition government in 2010. This has generated publications on the financial crisis (Journal of Education Policy, 2010) on austerity politics (Critical Social Policy, 2012); on local government and neoliberalism (in Policy and Politics, 2011 and forthcoming in Urban Studies); and enactments of governing under austerity (Policy and Politics, 2013). My wider body of research engages with critical analyses of governance, policy and politics. This spans work on the managerial reforms of the 1990s (Clarke and Newman, 1997), analyses of the politics and policies of New Labour (Newman, 2001), and changing configurations of power associated with the 'modernisation' of European welfare states (Newman, 2005, Newman and Tonkens, 2011).
Publics, Politics and Power
Creating Citizen-Consumers
Modernizing Governance
The Managerial State