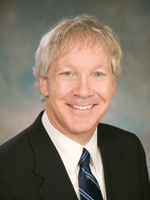 Howard M. Knoff, Ph.D. is the creator and Director of Project ACHIEVE. After 22 years as a university professor, he is now a full-time national consultant, author, and lecturer; and he has been the Director of the State Improvement/Personnel Development Grant for the Arkansas Department of Education—Special Education Unit since 2003. Formerly a Professor of School Psychology at the University of South Florida (Tampa, FL) for 18 years and Director of its School Psychology Program for 12 years, Dr. Knoff was also the creator and Director of the Institute for School Reform, Integrated Services, and Child Mental Health and Educational Policy at USF.

As Director of Project ACHIEVE, a nationally-known school effectiveness/improvement program that was designated a National Model Prevention Program by the U.S. Department of Health & Human Service’s Substance Abuse and Mental Health Services Administration (SAMHSA) in 2000, Dr. Knoff has trained over 1,500 schools or school districts in every state over a 25-year period.

As Director of the Arkansas State Improvement/Personnel Development Grant (SIG/SPDG), a multi-million dollar grant from the U.S. Department of Education, Office of Special Education Programs, he helps to oversee the primary SPDG goals of: the statewide implementation of Project ACHIEVE’s Positive Behavioral Support System approach; literacy and mathematics interventions for at-risk, underachieving, and students with disabilities; Response-to-Instruction and Intervention and Closing the Achievement Gap, technical assistance to schools/districts in School Improvement status; and special education and related service recruitment, training, and retention.

Dr. Knoff received his Ph.D. degree from Syracuse University in 1980, and has worked as a practitioner, consultant, licensed private psychologist, and university professor since 1978. Dr. Knoff is widely respected for his research and writing on school reform and organizational change, consultation and intervention processes, social skills and behavior management training, Response-to-Intervention, and professional issues. He has authored or co-authored 18 books, published over 75 articles and book chapters, and delivered over 500 papers and workshops nationally—including the Stop & Think Social Skills Program (Preschool through Middle School editions) and the Stop & Think Parent Book: A Guide to Children’s Good Behavior. In addition, he was on the writing team that helped produced Early Warning, Timely Response: A Guide to Safe Schools, the document commissioned by President Clinton after the first wave of school shootings in the Fall of 1998.

Dr. Knoff has a long history of working with schools, districts, and community and state agencies and organizations. For example, he has consulted with a number of state departments of education, the Department of Defense Dependents School District during Desert Storm, and the Southern Poverty Law Center. He has also served as an expert witness in federal court five times, in addition to working on many other state and local cases—largely for legal advocacy firms who are representing special education and other students in need.