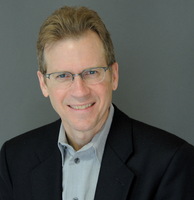 Rothenbuhler’s research and teaching address communication systems, ranging from ritual through community to media industries.  His dissertation research on the living room celebration of the 1984 Olympic Games provided the first statistically representative evidence for television audience behavior and attitudes consistent with the theory of media events.  This work was published in Journal of Communication, Critical Studies in Mass Communication, and other outlets.  His work on decision-making processes and industrial market structures in the radio and music businesses, in a series of articles beginning in 1982 in Journal of Communication, Communication Research, Media, Culture, and Society, and several books, is also widely cited.  This work continues with research on American radio in the 1950s in collaboration with Tom McCourt, including an article in The Radio Journal and a forthcoming book manuscript.  His essay “Symbolic disorder and repair after witnessing 9/11” is being translated and published in France, as was an earlier essay with John Peters, “The reality of construction.”  Part of his work on the posthumous career and reputation of the American blues musician Robert Johnson is forthcoming in a book chapter called “The strange career of Robert Johnson’s records.”

Rothenbuhler is the author of Ritual communication:  From everyday conversation to mediated ceremony (1988, Sage), which has been translated to Polish (2004), and co-editor (with Greg Shepherd) of Communication and Community (2001, LEA).  He was Review and Criticism Editor for the Journal of Communication (1997-99) and author or co-author of over 50 articles, chapters, essays, or reviews on media, ritual, community, media industries, popular music, and communication theory.