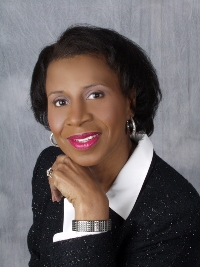 Carolyn Orange is Professor of Educational Psychology at the University of Texas at San Antonio. She teaches Psychological Basis of Learning, Learning and Development of the School Age Child, Human Growth and Development, and Psychology of Human Motivation. She has a PhD and Master of Arts degree in Educational Psycho logy from Washington University and a Bachelor of Arts degree from Harris Stowe State College. She began her teaching career in the St. Louis Public Schools where she taught for a number of years. Her work as an educator has spanned about 25 years. That period includes some time that she worked for two corporations. She has worked as a researcher and educator in a variety of educational settings: elementary, secondary, English as a Second Language (ESL), Montessori, special education, adult education, art, and higher education. She has produced a video on self-regulation and has developed a Self-Regulation Inventory. She has published numerous articles in journals such as the Journal of Adolescent and Adult Literacy, The Journal of Experimental Education, The Roeper Review, Journal of Communi­cations and Minority Issues, The Journal of Black Studies, The NASSP: Curriculum Report, and The High School Journal. In 2001, she was appointed to the review board of the Journal of Communications and Minority Issues. She is on the Board of Directors for the Girl Scout Council of San Antonio. She was included in Who’s Who in the World for 2005; Who’s Who Among American Teachers for 1996, 1998, 2000, 2002, and 2003; Who’s Who in America 2001, 2002, and 2003/2004. Her current research interests are envirosocial factors that affect student achievement. She is the author of 25 Biggest Mistakes Teachers Make and How to Avoid Them (2000) and Quick Reference Guide to Educational Innovations: xiv FM-Orange.qxd 11/12/2004 4:21 PM Page xv About the Author xv Practices, Programs, Policies and Philosophies (2002). 25 Biggest Mistakes Teachers Make and How to Avoid Them is a bestseller and has gained worldwide popularity. It has been reviewed in India and translated into Thai, Chinese, and Slovenian. She was inducted into the San Antonio Women’s Hall of Fame in 2004.
25 Biggest Mistakes Teachers Make and How to Avoid Them
44 Smart Strategies for Avoiding Classroom Mistakes
The Quick Reference Guide to Educational Innovations