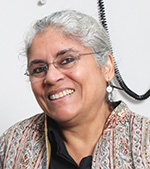 Anjali Monteiro is a retired professor from the School of Media and Cultural Studies, TISS, Mumbai. She is involved in documentary production, media teaching and research. She played a key role in the setting up of the MA programme in Media and Cultural Studies at TISS, the first of its kind in India, and has done pioneering and innovative work in critical media education in India. Along with Professor K. P. Jayasankar, she has co-directed several award-winning documentaries that have been screened in festivals across the world. Professor Monteiro writes in the broad areas of censorship, documentary film and media and cultural studies and has contributed to scholarly journals and edited volumes. Her most recent publications are A Fly in the Curry: Independent Documentary Film in India, SAGE Publications, 2016, written jointly with Professor K. P. Jayasankar, which won a special mention for the best book on cinema in the National Film Awards, 2016, and DigiNaka: Subaltern Politics and Digital Media in Post-Capitalist India, co-edited with Anjali Monteiro, K. P. Jayasankar, Amit S. Rai (Eds.), Orient BlackSwan, 2020. Professor Monteiro is a recipient of many fellowships. She has been a Howard Thomas Memorial Fellow in Media Studies, a Fulbright visiting lecturer, an Erasmus Mundus scholar and an Indian Council for Cultural Relations (ICCR) Visiting Professor, all at various international universities. She is active in campaigns for freedom of expression.
Many Voices, Many Worlds
A Fly in the Curry 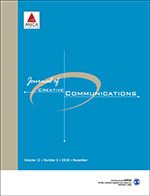