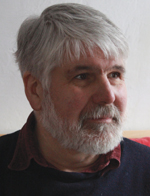 Andrew Green holds an honorary professorial appointment at University of Leeds from which he retired in 2012. He has worked in a number of countries in Asia and Africa on a short- and long-term basis, including as Head of Planning for the Ministry of Health in Swaziland.  He also worked as a health planner in the British NHS for two years before joining Nuffield Centre for International Health and Development at University of Leeds which he led for many years and where he researched and taught in the fields of health policy and planning.