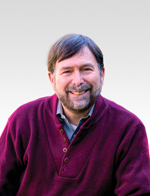 Osborne has authored or coauthored numerous peer-reviewed journal articles, book chapters, monographs, and textbooks on legal issues in education, along with textbooks on other aspects of education. Although he writes and presents in several areas of educational law, he specializes in legal and policy issues in special education. He is the coauthor, with Charles J. Russo, of five texts published by Corwin, a SAGE company.

A past president of the Education Law Association (ELA), Osborne has been an attendee and presenter at most ELA conferences since 1991. He has also written a chapter now titled "Students With Disabilities" for the Yearbook of Education Law, published by ELA, since 1990. He is on the editorial advisory committee of West’s Education Law Reporter and is coeditor of the "Education Law Into Practice" section of that journal, which is sponsored by ELA. He is also on the editorial boards of several other education journals.

In recognition of his contributions to the field of education law, Osborne was presented with the McGhehey Award by ELA in 2008, the highest award given by the organization. He is also the recipient of the City of Quincy Human Rights Award, the Financial Executives Institute of Massachusetts Principals Award, the Junior Achievement of Massachusetts Principals Award, and several community service awards.